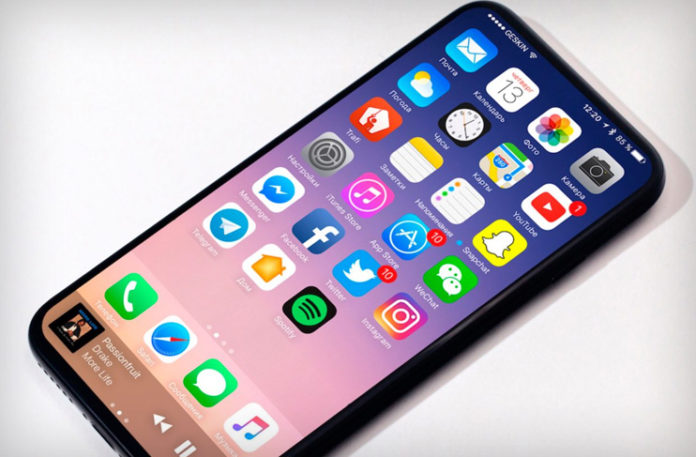 Apple has unveiled its new model at Steve Jobs Theatre at Apple campus yesterday i.e. 12th September. They have released Iphone 8, Iphone 8 Plus and Iphone X. Iphone 8 and Iphone 8 plus are quite similar to its predecessor phones Iphone 7 and Iphone 7 plus as rumors. These phones are just upgraded versions of previous phones with a metal and glass body with only 2 variants this time that is 64 GB and 256 GB.

Have a look out at features:

The Iphone is the most important product created by an apple. Iphone 8 and Iphone 8 plus is the latest models released by it. These are none less than Iphone 7 and IPhone 7 plus with improved quality features. Bad news for all rose gold lovers that this color is not available in the recent models. These are available in silver, space grey and golden with improved display and 25 percent louder speakers, as well as these have glass front and back. Both the new models also support Qi wireless inductive charging, that allows people charge the iPhone without plug in a cable.

Both new models are powered by A11 Bionic SoC six-core processors and improved GPU, which is 30 percent more efficient than the GPUs in Iphone 7 and Iphone 7plus. The new SoC and GPU have ability to perform complex tasks such as video encoding at much faster rate. The new models have also come with improved camera quality adding that photos now will have better detail, texture even as the iPhone 8 continues to have 12-megapixel camera, and the iPhone 8 Plus a duo of 12-megapixel camera sensors. Among other new features, both the new models can shoot 1080p videos in 240 frames per second.

Iphone 10th Anniversary Surprise is Iphone X. Have a lookout at its feature and prices.

If we talk about Iphone X, it is a new flagship of Apple. Let’s talk about its price first Iphone X will cost  $999 and $1149 for 64 GB and 256 GB in US. I know you must be thinking about Indian price, it will be costing 89,000 and 102000 for 64 GB and 256 GB variants. We know it is too much price for phone, but Iphone X is truly worth it. It is new flagship on its 10th anniversary. Tim Cook has introduced it with one more thing in an event. Iphone X is setting new standard in term of technology as well as price.

Iphone X has face recognizing feature with wireless charging. Home button is removed in Iphone. Home button in Iphone has been evolved since 2007. The features may not seem new but it is quite innovative in terms of apple and it is new flagship in the apple. In fact Iphone X is so good that Iphone 8 or Iphone 8 plus will look pale in front of it. It may seem that bezeless screen or wireless charging is common in brands like Samsung and other. I agree but in history it is known that apple launch a new technology that an ecosystem is created. For instance Airpods did to Bluetooth or Airpower may do wireless. It can charge your iphone, apple watch and other devices simultaneously. Apple has opened room for more innovations.

Iphone X will be 10-15 times more powerful and speed of the first smart phones processors. In fact, GPUs have been upgraded by almost 15 times in the last 10 years. It will have 5.8 inches screen with more colorful and highly durable display screens. Iphone X is quite different from the initial devices. In terms of camera, your DSLR cost will be saved. Moreover you will get better speakers, battery life, memory and other technologies like sensors and biometrics. Iphone X does not have the same power as the first the Iphone had when it was first launched, but it sure will gives you an edge in today’s highly connected world.

Apple will be totally worth the money. Now the point is who will buy the costly phone. As we all know there is high demand of Iphones in the world. Every person wants to own an Iphone. Most Iphone lovers will settle for Iphone 8 and Iphone 8 plus due to huge price gap. There are some iphone lovers who want to buy an exclusive or premium range of Iphones which is not common, Iphone X will satisfy their needs of having premium segment as there will be no competition now.

Photos: The Ford Mustang is here at Rs 65 lakh