From past two weeks, cyber law expert Pavan Duggal has seen worried as schools and parents are approaching him related to cyber safety counseling sessions. “Children are feeling neglected and lonely… These games are enablers as they exploit a vulnerable child,” he said.

Sanghmitra Ghosh, Principal of the Mother’s International School, came to know about dangerous online game- Blue Whale from a class IV student 10 days ago. She added that she is reading about this game in which players are allotted risky task resulting into suicide. This chat of a student made her warned and send advisory to parents.

She mentioned various symptoms of a child who have been trapped into this game in email sent to the parents.  There was so much about the game that it felt necessity to speak about it. Counselors also talked with children. She asked IT department to see the accessibility of the game.

Suicidal cases were suspected in some cities linking to the game. In fact schools in Delhi sent advisories to parents. Similar mail was sent by Aditi Mishra principal of Delhi Public School in Gurgaon to the parents requesting cyber safety of children; in fact they also made senior students interact with juniors about the risk involved.

The game came into existence in 2013 in Russia and became quite famous in 2016 when large number of teenagers committed suicide after playing it. Danger is between persons who know little about game. There is no official website or URL of this game. Player undergo through 50 different challenges vary from watching horror movies at 4.20 AM to dangle legs in a terrace and finally committing suicide.

Pavan Duggal, cyber law expert, said that he has seen spike in a number of parents and schools consulting them related to cyber safety sessions in past two weeks. He added that children are feeling ignored or lonely and curators exploit vulnerable child with such dangerous games.

Manit Jain, director of Heritage School, said that there is controversy about the existence of game but we cannot deny it. So they have sent mail to the parents about cyber safety in which it was given advise to parents to keep an eye on children when they saw sudden change in the behavior of child such as waking up at unusual time in the early morning or sudden isolation.

Ahlcon international school has not sent such mail to the parents about the danger arising from Blue Whale but teachers of school have spoken to children about the cyber safety. Children are aware about it and it is the topic of gossip among them. Principal Ashok Pandey added they should have an open conversation with children before the game plays with their psyche.

Ameeta Wattal principal of Springdale’s School, Pusa Road, said that they are having open discussions with parents in a group of 15 to 20. They also discussed about the internet safety with parents in detail.

It is advised to everyone be safe from such games. These games only affect the societies. Be safe!! Comment down below if you have any information or query related to this. 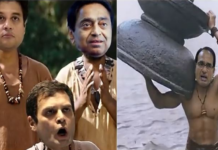 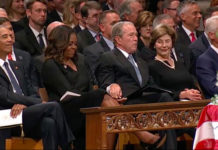 ABOUT US
Read the mast khabar and stay up-to-date to the knowledge. We provide you with the latest information in all the sectors.
Contact us: contact@mastkhabar.com
FOLLOW US
© Copyrights @ Mastkhabar.com