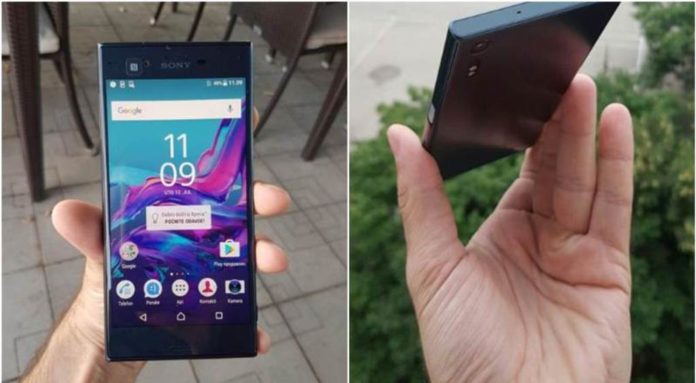 Sony, which has been struggling to catch up with the likes of Samsung and Apple in terms of smartphone sales is trying to revamp its business with a new design language.

Sony, which has not changed its design language since the launch of original Xperia Z announced X range of smartphones at Mobile World Congress. While Xperia X had a design similar to Xperia X but it was more colorful than the Z range.

Now leaked photos of Xperia F8331 gives us the best look at how Sony plans to redesign its smartphones. Sony Xperia F8331 – reportedly known as X Performance – will be the next flagship smartphone from Japanese smartphone maker.

Sony Xperia F8331 has a design different from the existing Z lineup or even the Xperia X and XA smartphones. The top and bottom of the device are flat while the left and right sides are curved.

The design is now more in-line with Nokia’s N9 range than company’s own Z lineup. The Xperia F8331 also has new camera layout at its back. The dual-LED flash is now placed below the image sensor while it used to be on the side of the image sensor.

The leaked picture also suggests that the device could come with a brushed metal finish at the back. While the bottom and top resemble Nokia’s N9, the front and back is like existing Xperia range.

The bottom of the device gives access to USB-C port while the top is home to a 3.5mm headphone jack. It seems Sony doesn’t plan to kill the proprietary headphone jack anytime soon.

While the launch date is not clear, it could well be at IFA 2016. Sony which follows a six-month refresh cycle for its smartphones often announces new Z lineup at IFA.