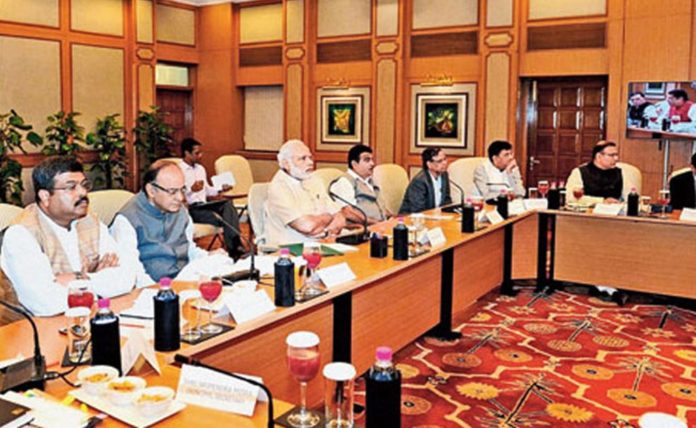 A big pay hike for over a crore government employees and pensioners was cleared by the cabinet on Wednesday.

With this hike, several senior government officials will draw a higher salary than lawmakers in Parliament.

Salaries and allowances will rise by at least 23.5 per cent, which had been recommended by the 7th Pay Commission. The hike – the lowest in the last 70 years – is expected to cost the taxpayer an additional Rs. 1 lakh crore annually, or nearly 0.7 per cent of GDP.

The government is eyeing the economic push the move will provide to the sluggish demand scenario in the economy.

The move will impact nearly 50 lakh employees and 58 lakh pensioners. The changes are likely to be implemented from January 1 this year.

The hike is built around the recommendation for a 14.27 per cent hike in basic pay.

One of the key changes suggested by the pay commission is the ‘New Pay Structure’, which will do away with pay bands and grade pay.

The previous Pay panel had recommended a 20 per cent hike which was eventually doubled when it was implemented in 2008.

The rise will be more than double as the current pay in this scale is Rs. 90,000 per month.

The move has led to the discontent among the lawmakers who allege disparity. However, the government is also considering a hike in salaries and allowances of lawmakers.

Sources say Finance Minister Arun Jaitley has made provisions for the payout. Though the government is making an effort to increase revenue by bringing more under the tax net, the payout will reduce the government’s kitty. Especially, because the Centre also needs about Rs.70,000 crore to meet the One Rank One Pension (OROP) commitment.

But the government is not complaining. The huge payout, once implemented, will boost the consumption demand at a time when the economy is moving sluggishly due to poor demand.

While some experts believe that the additional cash in the market may fuel an inflationary trend, experts say that the impact of the pay commission may become a turning point for the Prime Minister Narendra Modi’s government to trigger demand that drives growth investment and profits.