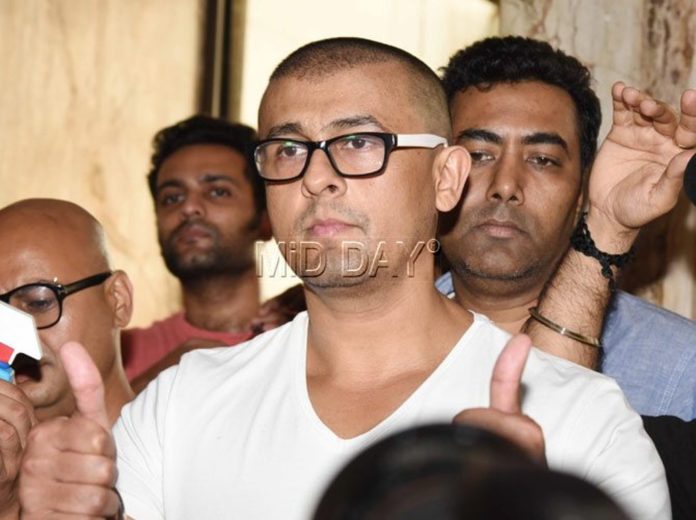 After Muslim leader Syed Sha Atef Ali Al Quaderi took on Sonu Nigam for his tweets on azaan, another cleric has taken a jibe at the Bollywood singer.

“I fully support what Quaderi had said yesterday and if Sonu doesn’t mend his ways I would be the next one to declare a fatwa against him,” Barkati told DNA.

“He is a good singer and should stick to it. He should not interfere with religion. Azaan is very melodious and there should not be anything to complain about it. The hotel where I had put up in Delhi was in the vicinity of a temple and I used to hear the temple bells ringing from my room. I never thought of complaining. Sonu himself sings bhajans and other songs which are played at religious places. We don’t object to those,” he told the newspaper.

Sonu Nigam on Wednesday shaved off his head, hours after offering to apologize if his tweets on azaan blared from loudspeakers were seen to be anti-Muslim.

After the tweets sparked a row, a cleric in West Bengal, Syed Shah Atif Ali Al-Qaderi, announced he would give Rs 10 lakh to anyone who shaves off Sonu Nigam’s head and garlands with footwear.

Sonu Nigam took up the challenge, calling a Muslim barber to do the job.

Sonu Nigam kept his word and then addressed a media conference at his residence in Mumbai as police beefed up security for him.

The cleric, however, refused to pay up, saying only one part of his challenge had been taken up.

The singer appeared before journalists with a clean-shaven pate, wearing spectacles and smiling away even as Muslim groups protested and threatened to move the court against him.

“All I wanted was consideration for one another… Everyone has the right to have an opinion. My opinion is in temple, masjid and gurudwara, loudspeakers are not religious necessities. It is not part of a religion.

“When loudspeakers are installed in religious places, it is sort of a declaration that ‘this is my religion’. The same goes for people dancing on roads drunk during religious processions. I am against that.

“I am very secular. I am not right or left wing. I stand in between. I’ve never had to make a speech like this. I just raised a social topic, not a religious topic,” Nigam added.

It all started on Monday when Nigam lashed out at “forced religiousness” in India after being woken up by azaan from a mosque near his home. He later clarified that he was not against any one religion.