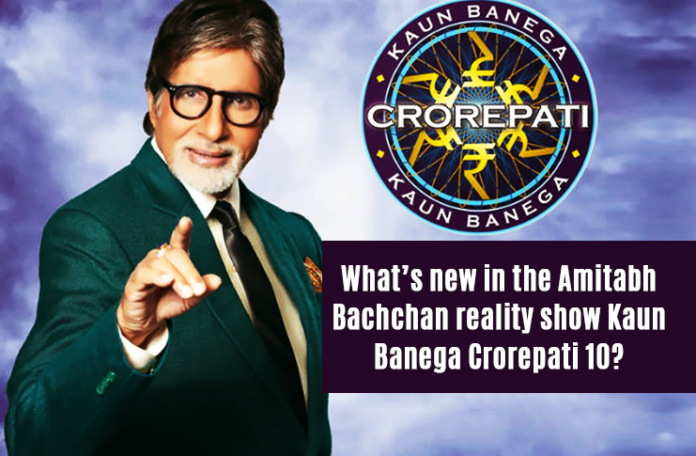 Amitabh Bachan will be back on television tonight with the 12-week series show, Kaun Banega Crorepati 10. This show will be telecasted on Sony TV at 9 pm from Monday to Friday. After the 9 successful seasons, this year Amitabh Bachan-the great personality is back with season 10, which is different. Kaun Banega Crorepati has given a platform to millions of Indians to use their power of knowledge and gave the common man the confidence to dream big.

This year KBC has come up with the new addition Kab Tak Rokoge campaign. The campaign celebrates the spirit of resilience in people. Every participant has some dream in their lives and have to do something special to make it true. Pesh Hai, KBC ka salaam har uss Hindustani ko, jisne kabhi haar nahi maani. Apne prayaas se har kathinaayee se poochha, #Kab Tak Rokoge.

Onlookers can look forward to a special “Curtain raiser” episode. Also for the first time, audio-visual questions have been included in the format on various subjects including sports and politics. Various lifelines such as “50:50”, “jodidaar”, and “audience poll” are saved and the lifeline “ask the expert” will return back this year. Every Friday, the show will host – “KBC Karamveer” for individuals whose heroic actions have bought a positive change in the society. This addition to the show seems to be really interesting.

For the viewers watching the show at home, the makers have introduced ‘KBC Play Along’ on the Sony LIV app. One can enjoy this game by sitting at home and win various exciting prices. A few lucky contestants would be chosen to feature on the show in the finale week and one lucky winner will also stand a chance to win a new car.