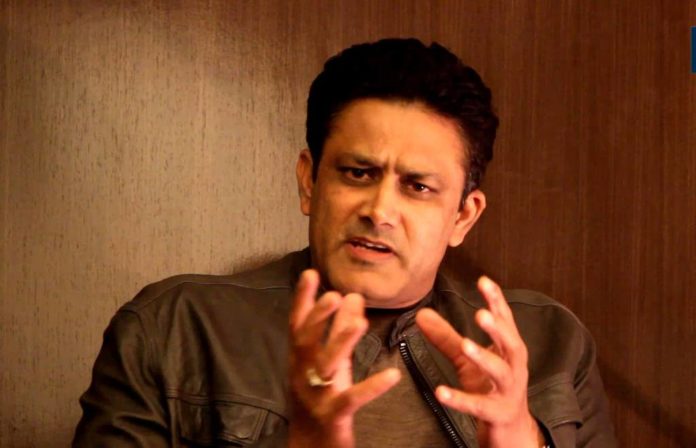 Legendary spinner Anil Kumble has been appointed the new head coach of the Indian cricket team for a period of 12 months, the Board of Control for Cricket in India (BCCI) announced on Thursday (June 23) at the board’s inaugural cricket conclave in Dharamsala. The 45-year-old former legspinner fended off competition from 56 other applicants, including Ravi Shastri, India’s former team director, to the top post.

After Duncan Fletcher’s contract had expired following the ICC World Cup in 2015, the post of head coach was left vacant with Shastri being appointed team director for subsequent tours. Kumble takes over the side from Shastri, whose contract expired after the World Twenty20.

Kumble’s name for the role was put forth by the three-member advisory committee comprising of Sachin Tendulkar, Sourav Ganguly and VVS Laxman, headed by Sanjay Jagdale, the former BCCI secretary, who interviewed the shortlisted applicants about their goals and ambition for the future of Indian cricket. Kumble’s presentation on taking Indian cricket forward and potential steps to achieve top ranking in every format is said to have been the clincher in his appointment.

“He (Kumble) has been a match winner of India,” board president Anurag Thakur said during the announcement. “It was not about Indian or foreign coach. It was about who is the best for Indian cricket. We have kept it very transparent. Their presentations… how they can take Indian cricket forward. We have the largest cricket fans in the world. We have the strongest economies. I think Indian cricket deserves the best and we have Kumble with us. His record speaks for himself, as far as winning matches for India is concerned. ”

Despite not meeting two important criteria set for the aspirants – not having any previous coaching experience at first-class or international level and not being a certified coach – Kumble brings with him a wealth of international experience, having featured in 132 Tests and 271 One-Day Internationals (ODIs) during an illustrious career than spanned 18 years. He has also served as a mentor for Indian Premier League franchises Royal Challengers Bangalore and Mumbai Indians besides serving in administrative roles as the president of the Karnataka State Cricket Association (KSCA) and the chairman of the National Cricket Academy (NCA).

Thakur confirmed that the composition of the support staff, including the batting, bowling and the fielding coaches will be revealed later. BCCI secretary, Ajay Shirke also ensured that Kumble’s appointment will lead to no conflict of interest repercussions pertaining to his role with ‘TenVic’ – Kumble’s player management firm that manages the interests of several Karnataka players among others.

Kumble’s first assignment will be India’s four-Test tour of West Indies, starting July 21. He will join the team at the pre-tour camp at the NCA, starting June 29.