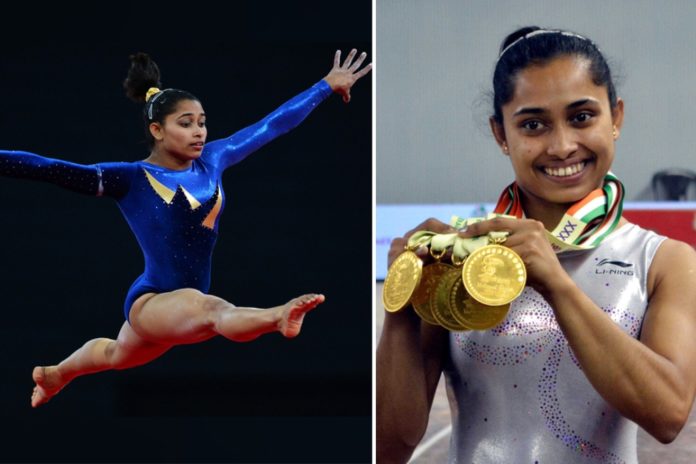 Aiming to win a coveted Olympic medal, Dipa Karmakar has become the first female gymnast from India to qualify for vault finals in Olympics scheduled for August 14, 2016. Her Produnova vault – called the ’Vault of Death‘ – earned her a place in the finals. The Produnova is an artistic gymnastics vault that consists of a front handspring and two front somersaults and is one of the riskiest vaults. We salute her for bringing gymnastics into national awareness for the country. Here are the shots of her the most stunning performances so far: