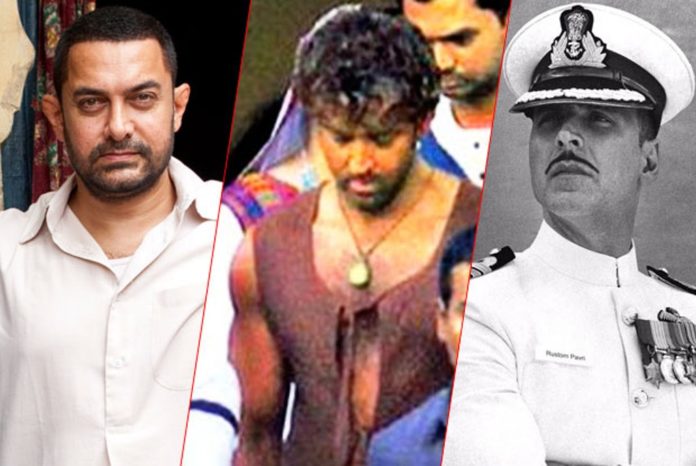 Single screen owners are tearing their hair out. It’s a case of ‘Yeh maine kya kiya?’ They signed a 3-film deal with DIsney UTV, which bound them to Baaghi, Mohenjo Daro and Dangal, stating that they would allot 4 shows whenever those films hit theatres. Little did they know that Rustom would come up for release on the same date as Mohenjo Daro.

So, if you happen to drop in at your nearest single screen to book your ticket for either of the two films which lock horns on August 12, be prepared to trudge back home disappointed. It happened with me, and when I nosed around, I found that except Colaba’s Regal (whose Parsi landlord doesn’t care who wins in the Mohenjo Daro-Rustom clash), not a single screen has opened its Advance Booking!

The single screens will tell you that they want to release Rustom and Mohenjo Daro — two shows each — but Mohenjo Daro’s producer Disney UTV has barred them from entertaining Rustom. “We have signed the contract and if we do not adhere to it, we will have to face legal complications. Plus, we might not get Dangal,” laments an exhibitor from Central suburbs (on request of anonymity).

Another theatre owner (can’t name him) told me that he was hoping that the distributors of Rustom would prevail upon upon the producers of Mohenjo Daro to give them 50 per cent space.

I am also told that Rahul Aksar, who is distributing Rustom in Mumbai and Pune, went to meet the Disney UTV officials yesterday — but they refused to budge.

However, there is a rumour coming in from few quarters that certain exhibitors might violate the contract and accommodate Rustom. “They are ready to bear the consequences. They feel that the rumour of Siddharth Roy Kapur’s exit is true, and he may go off duty as early as next month, which in turn might lead to some changes in the company. They don’t want to spoil their rapport with PVR Pictures whose next film is a biggie, Ajay Devgn’s Shivaay. Plus, Disney UTV’s plate is not loaded at the moment and Dangal comes two months after Shivaay,” a producer close to the development told SpotboyE.com.

Meanwhile, another source from the trade says that Dangal is not a part of the contract, and irrespective of that, Akshay Kumar is least bothered about being short-changed in single screens. It’s being said that he is confident about his film’s content and the fact that its distributors PVR Pictures will compensate the film in their properties (expect Rustom shows to exceed Mohenjo Daro’s in the PVR chain of cinemas).

So when will the single screens open their advance windows? Not before tomorrow afternoon. Umeed pe duniya kayam hai.

Hrithik impressed on social media yesterday when he posted:

Did he know that Disney UTV would give a Nelson’s eye to his post? Or, was it an actor’s act?