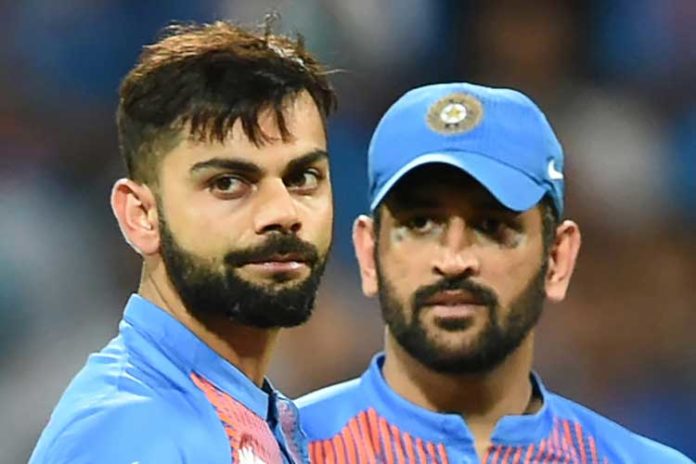 Soon after India lost to the West Indies in the World T20 semi-final in Mumbai at Wankhede Stadium, India’s most successful skipper Mahendra Singh Dhoni decided to hang his boots from all formats of cricket with immediate effect.

Despite giving a hint during Thursday’s press conference that he might stay on until 2019 World Cup, Dhoni on Friday morning shocked his fans by announcing his retirement.

“One of India’s greatest captains under whose leadership India became the No. 1 team in the ODI and T20 and won 2007 T20 World Cup and 2011 WC, MS Dhoni, has decided to retire from all forms of cricket,” the BCCI said in a statement.

“BCCI while respecting the decision of Dhoni to retire, wishes to thank him for his enormous contribution to cricket and the laurels that he has brought to India,” it added.

Virat Kohli will now be the captain of the Indian team in all the formats of the game. Kohli, who is already Test captain, is ready for the role and thanked everyone for the new responsibility.

“I am very happy that BCCI trust me and I am ready for the role. I would like to thank Dhoni for the contribution and wish him all the best. My main aim is to win 2019 WC for India,” Kohli said.

A leaked BCCI email accessed by Cricket next confirms one of the most exciting development in Indian cricket. To read the full text of the e-mail go to.

MS Dhoni turns 35, wishes pour in from fans and fraternity