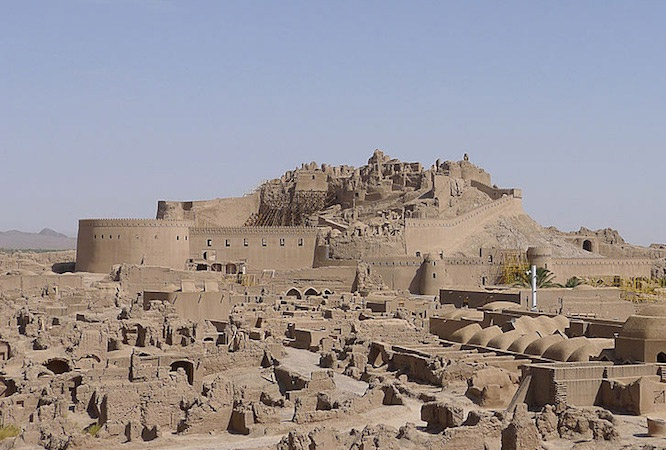 General perception about splendid palaces or mammoth forts is that they are built of marvellous and precious stones but the below mentioned list will surely change your insight.
These buildings not only bear a royal look, but also carry forward the legacy of thousand years old ancient heritage. Taos Pueblo: Built around 1,000 years ago, Taos Pueblo is an ancient dwelling in New Mexico. The mud brick homes were built by the Pueblo native people. Arg-e- Bam: Constructed during the Sassanian period (224-637 AD), Arg-e-Bam was a prosperous trading centre on the famous Silk Road in south-eastern Iran. Thick walls with 38 watchtowers protected the citadel, but unfortunately more than half of the city’s houses were destroyed by an earthquake in 2013. Khiva Wall: First constructed 2,500 years ago by Shem, Noah’s oldest son (the tenth and last of the pre-flood Patriarchs.). The ancient city was called Ichon-Qala (meaning within the wall). Khiva is actually a collection of mosques and madrasahs located in the Kyzylkum desert of Uzbekistan. Chan Chan: Built in 850 AD, Chan Chan is located in the Moche Valley of Peru. It is a fascinating complex of adobe mud buildings intended for the Chimu kings. Siwa Oasis: Built around 10th millennium BC, Siwa Oasis is a mud-made city in Egypt, between the Qattara Depression and the Egyptian Sand Sea in the Libyan Desert. Ait Benhaddou: One of the top tourist attractions in Morocco, Ait Benhaddou is a fortified city. It is situated along the former caravan route between the Sahara and Marrakech in present-day Morocco.

Shibam: Built during 16th century, Shibam is a town in Yemen featuring unique high rise apartment buildings. It also has tower houses, some of them are 16 stories tall and up to 40 meters high.