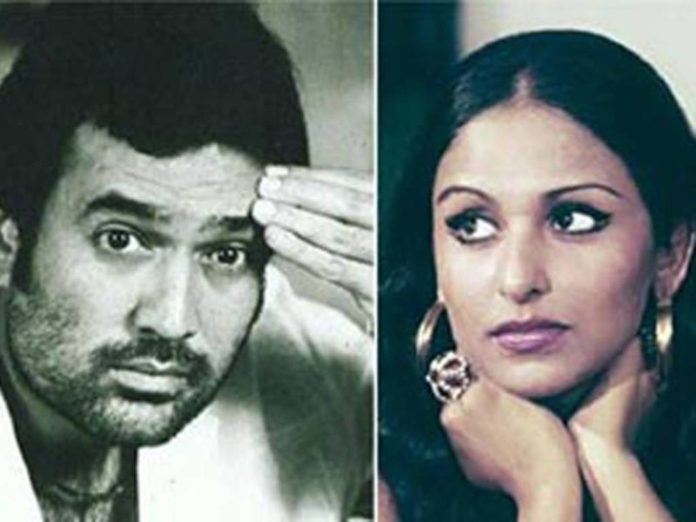 ‘Rajesh Khanna was an orthodox’

Much has been said and written about Rajesh Khanna’s illustrious life and a career spanning over five decades. His fondness for women and the not-so-clandestine love stories have also made headlines every now and then. And one such love story that kept us wondering as to what went wrong was that of his alleged affair with Anju Mahendru. Apparently the two were in a relationship for about seven years before Rajesh Khanna married Dimple Kapadia, leaving Anju wondering as to what had gone wrong. According to reports, the two started seeing each other during their struggling days. In the early days of their relationship, Anju reportedly supported his dreams like a devoted girlfriend. Rajesh, too, cared for her and reportedly lavished his affection and earnings upon her. Once the actor became super successful he charmed and convinced Anju into putting aside her career for him. The madly-in-love starlet obliged and soon she officially became Rajesh Khanna’s girlfriend. However, it was apparently their diverse personalities that caused a rift between the two. In an interview, Anju was quoted as saying that Rajesh was a very orthodox man, and yet somehow, he was always attracted to ultra-modern girls. She added that confusion was a part of their relationship and explained it by citing the example that if she wore a skirt, he’d snap, and ask her as to why hadn’t she worn a sari and if she wore a sari, he’d question her as to why was she trying to project a Bhartiya nari look?

Meanwhile, check out other instances of actors who couldn’t marry their sweethearts…

Raj Kapoor and Nargis- This was truly a tragic love affair! Raj Kapoor was the original showman of Bollywood and Nargis Dutt was the beautiful talented actress who had carved a niche for herself in Bollywood. The romance between the two was meant to be. The duo worked on 16 films together, including Awaara and Shree 420. But when Nargis met Raj Kapoor, he was a married man (Raj Kapoor was married to Krishna Raj Kapoor, the sister of famous actors Rajendranath and Prem Nath). Hence it is alleged that Raj Kapoor who was a family man and had children, would not leave his family for Nargis Dutt. This apparently left her heartbroken and she soon sought solace in the arms of her co actor Sunil Dutt who was said to be besotted by her. The romance is said to have materialized on the sets of Mother India where ironically, Sunil Dutt was playing Nargis’ son in the film. When a fire broke out while shooting, Sunil Dutt jumped in to save her life and this moved Nargis Dutt. He soon asked her hand in marriage and the two tied the knot. It is said that Nargis was devastated with Raj Kapoor’s womanizing ways and is said to have found some comfort in the arms of Sunil Dutt who loved his wife truly! A truly heart wrenching love story!

Madhubala Dilip Kumar- Dilip Kumar was a rage in his times and an actor many women sought. Dilip Kumar (real name Muhammad Yusuf Khan) was engaged to Madhubala, who was the most celebrated actress of her times. But it is said, the actor’s ego came in between and they both broke up. The story is, Madhubala was not getting permission from her father to shoot at a certain place during the filming of BR Chopra’s Naya Daur and Dilip Kumar was approached by the producer to convince her father. He tried, but failed and the actress refused to disobey her father. And when it came to their marriage, Dilip Kumar asked her to quit films and marry him. Madhubala first asked him to apologize to her father and only then would she agree, to which Dilip saab refused. They broke up because he did not apologize to her father. Madhubala was madly in love with Dilip Kumar and it is said, that she was sad when he got married to Saira Bano who was 22 younger than him. Although Madhubala moved on and married, it is said that she loved Dilip saab till the end of her life.

Sanjay Dutt and Madhuri Dixit- Sanjay Dutt was married to Richa Sharma and had a daughter, Trishala. But her untimely death due to cancer, left the actor devastated. It was at this time (in the 90s) that he was linked to his beautiful co star Madhuri Dixit, the Dhak Dhak girl of Bollywood. The two allegedly got close to each other on the sets of Saajan. It is alleged that everyone was surprised by this link up rumour as Sanjay Dutt aka Sanju was considered to be the bad boy of the industry. Some reports even suggest that their affair started before Sanjay’s wife Richa passed away and Madhuri’s father was unhappy with this linkup. But after Sanjay’s TADA arrest , all the stories died down and Madhuri allegedly moved on. Sad but true!

Akshay Kumar and Shilpa Shetty- Akshay and Shilpa Shetty worked on many films together and it was on the sets of one such film that the love between the two blossomed. Akshay was the seasoned lover of Bollywood who had been linked to actresses Raveena Tandon, Pooja Batra and Mamta Kulkarni to name a few. Shilpa was a besotted actress in love with her co star. But things seemed to crumble for the petite actress when she found out Akshay was cheating on her and two timing her with her then best friend, Twinkle Khanna. Before Shilpa or anyone could digest what was happening, Akshay had tied the knot with Twinkle Khanna, daughter of Dimple and Rajesh Khanna. Shilpa seemed heart broken but as they say, all’s well that ends well. She is now happily married to Raj Kundra and they have a son together!

Abhishek and Lolo- This was one of the most mysterious and tragic break ups of Bollywood. Karisma Kapoor and Abhishek Bachchan were every bit a couple in love. Lolo was a star of her times and Abhishek had not been launched yet. He made his debut opposite Karisma’s younger sister Kareena in Refugee. Abhishek and Karisma got engaged to each other on Amitabh Bachchan’s 60th Birthday where a lavish party was thrown for Big B at a suburban five star hotel in Mumbai. But suddenly a few months later, the wedding was called off. There are many rumours and stories that float around this break up. One is that the Bachchan parivar did not want Lolo to work post marriage and this allegedly infuriated her mum Babita. Another theory is that Amar Singh, who at that time was close to the Bachchans, put detectives behind Lolo to find out if her alleged closeness to Sahara head Subroto Roy was true or not. This again seemed to send Babita in a fit of rage who then apparently called Jaya Bachchan which led to an ugly confrontation and the wedding was called off. Lolo is said to have gone on a rebound by marrying industrialist Sanjay Kapur and Abhishek later found love in the arms of Aishwarya Rai Bachchan. Incidentally, Abhishek’s sister Shweta is married to Karisma’s cousin!

Hrithik Roshan and Kareena Kapoor- Bebo and Hrithik were the it item in 2000. Hrithik was debuting with his father’s film Kaho Naa Pyaar Hain and Babita and Randhir Kapoor’s daughter was cast opposite him. However, due to some differences, Kareena walked out of the project and was replaced by Ameesha Patel. But this did not stop an alleged romance from blooming between the two. Hrithik was already dating his sweetheart Sussanne Khan (Sanjay Khan’s daughter) and an affair with Kareena was something totally unexpected. The two were said to be madly in love but shortly after, Hrithik got married to Sussanne in Bangalore and Kareena Kapoor started dating Shahid Kapoor and eventually married Saif Ali Khan. Recently there were reports that Hrithik and Bebo were being cast for KJo’s Shuddhi but both backed out due to various reasons. It’s been more than a decade since the two have shared screen space and we hope the alleged former lovers can make a comeback on the silver screen! Shahid Kapoor and Kareena Kapoor- Bebo was the one who was crazy about Shahid Kapoor and is said to have initiated the first move. In an episode of Koffee with Karan, Kareena admitted that she chased him for two months and pushed for the relationship. Shahid had said in the same interview that nothing from the outside could break the two unless there was something wrong between him and Kareena, But these statements proved false. The couple was going strong for almost four years before rumours of a split surfaced during the shooting of Tashan. Kareena was shooting with Saif in Ladakh for the film when chemistry sparked between the two. Shahid was also rumoured to be getting close to his Kismet Konnection co star Vidya Balan. However, Bebo was apparently blamed for infidelity. She moved on with the chote Nawab and after a five year live in relationship, the duo tied the knot in 2012. Shahid has been linked to Priyanka Chopra but of late, he’s single. In the end, all’s well that ends well.

Bipasha Basu and John Abraham- They were the hottest couple of Bollywood and it couldn’t get better then this for the duo. But after their split, the media and John Bips fans went into a frenzy. The two had known each other since their modelling days and were reportedly dating for around eight years. John was then clicked with a new girl, Priya Runchal, a banker from New York. While he kept his lady love a secret, he secretly married her and even tweeted, “Wishing you and your loved ones a blessed 2014! May this year bring you love, good fortune and joy. Love, John and Priya Abraham.” Thus, John officially declared he was married. Bipasha has moved on and is dating actor Harman Baweja. Both Bipasha and Harman have been snapped at various dos and events in the city. Rumours of them dating started doing the rounds when Harman and Bips were clicked together in a pool celebrating her birthday, surrounded by their close friends. Bips has gone on record to say that she will not have a hush hush wedding. Was that a taunt at John?

Lara Dutta and Kelly Dorjee- The former beauty queen was dating Kelly Dorjee, a model. Lara and Kelly were said to be dating for 8 years before they called it quits in 2007. It was alleged that Lara had started dating Kelly’s best friend Dino Morea. In an interview to a magazine, Kelly Dorjee had said that Dino Morea never came and told him about his affair with Lara but it was she who told him. Lara in an interview to The Times of India, Lara had spoken about her former boyfriend Kelly, “Kelly is one of the most wonderful human beings I know. I am not going to wish him luck and all that jazz. That’s rubbish as he is part of my life. I still love him, but I am single, we are not in an exclusive relationship.” But Lara has put her past behind her and is now married to ace tennis player Mahesh Bhupathi and has a daughter too with him.