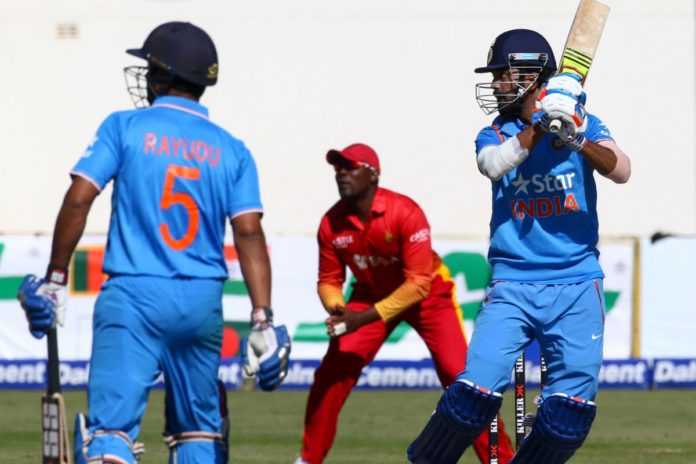 In a two-man clean-up job, debutant Barinder Sran (4 for 10) and Jasprit Bumrah (3 for 11) turned tormentors-in-chief with the ball to destroy Zimbabwe’s rejuvenated batting order and set up India’s uplifting victory at the Harare Sports Club on Monday (June 20) – on that levelled the three-match Twenty20 International series.

It was not the first time that Zimbabwe’s batsmen left very little for the bowlers to try and contest with as KL Rahul and Mandeep Singh polished off the paltry target in the 14th over. Mandeep finished with an unbeaten 52 – his maiden T20I half-century – while Rahul, who made his T20I debut with a first-ball duck, was 47 not out when India completed their first 10-wicket win in T20Is.

Buoyed by his side’s performance on Saturday, Graeme Cremer opted to bat, but Sran, one of the two changes in the Indian side, put the openers on the mat early by constantly shaping the ball in. The Sunrisers Hyderabad pacer used the slower-ball variation, one that was a key weapon for him and most of the fast bowlers during the Indian Premier League (IPL) 2016, to lure Chamu Chibhabha into committing an error in the third over. The Zimbabwe opener took the bait and his miscued hit was taken well by Ambati Rayudu who had to cover a lot of ground running backwards from mid on.