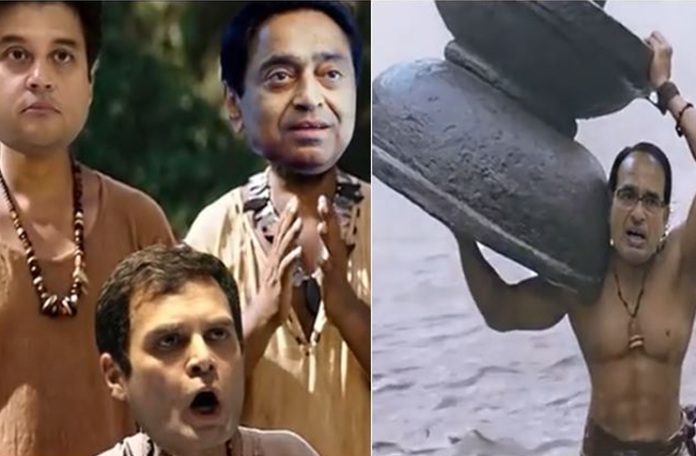 In a fan-made video that is going viral on the internet, Chief Minister Madhya Pradesh (MP) Shivraj Singh Chouhan projected as Bahubali. This video comes ahead of the Madhya Pradesh Assembly elections scheduled to take place later this year. Although Assembly elections in Madhya Pradesh are still away by a few months, the campaigns have begun. One such fan-made video which has gone viral, which features state CM Shivraj Singh Chouhan as Baahubali! The 2-minute long video features almost everyone, from Narendra Modi to Sonia Gandhi. The video also features Congress president Rahul Gandhi and other party leaders including current state-in-charge Kamal Nath and Jyotiraditya Scindia. It also has a ‘not-to-miss’ jewelry from former state chief minister Digvijay Singh.

The video was shared by senior journalist and News Director of India today on his Twitter handle. Few Twitter users praised the creativity; while others took a conform at Shivraj Singh Chauhan with one saying that he should have been ‘Kattappa’ and not ‘Bahubali’ as he is famously known as Mama Ji.

Bahubali 2 Official Trailer I The Conclusion I SS Rajamouli I...