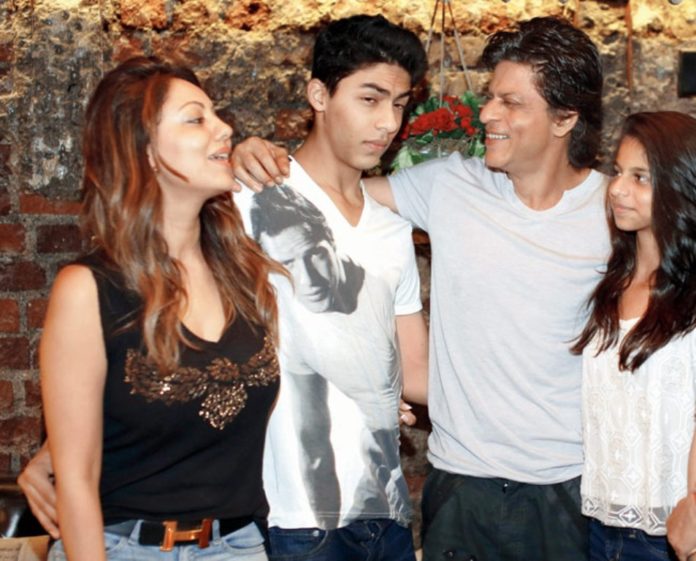 Last week, Shah Rukh Khan’s rather innocuous tweet about being detained in the US for a third time – he was stopped at the customs at LAX in Los Angeles -kicked up a storm. “I fully understand and respect security with the way the world is, but to be detained at US immigration every damn time really really sucks,” he’d reflected on his Twitter page, sending US diplomats into swift action as Rich Verma, the US Ambassador to India, and Nisha Biswal, Assistant Secretary of State for South and Central Asia in the US Department of State issued Twitter apologies.

While dust on that part of SRK’s trip to the US seems to have settled down, Mirror has learnt that he made the trek with wife, Gauri, sons, Aryan and AbRam, and daughter, Suhana, for an orientation programme at the University of Southern California, where his firstborn has got admission for an undergraduate course in filmmaking.

Arriving in LA on August 11, proud papa SRK was thronged by young fans requesting selfies on the campus. The 50-year-actor obliged Aryan’s future classmates and even took out time to interact with every one of them. “I am showing Aryan a lot of films because he is going to film school now. I have made a folder with all the great English classics like The Untouchables, Goodfellas and Michael Douglas’ Falling Down. I am showing him English films now but I have also made another folder that has Hindi classics like Sholay, Do Aakhen Barah Haath and Devdas -both Dilip saab’s and mine. I want him to see more films,” he had told fans during an interactive session that followed the orientation.

Meanwhile, mother Gauri held fort at their temporary residence at a Beverly Hills hotel, posting a picture of her brood as they crouched on the floor, drawing. “A clear and effective picture…fine arts collectively,” she captioned it.

Earlier, Shah Rukh had attended Aryan’s graduation day from Sevenoaks School in London and shared a picture with him and Suhana, saying , “Today the only negative is that my kids have grown up. Now, to wait till they start believing in fairy tales again.”

Sources claim that Khans went well ahead of the orientation to spend some quality time together as a family before Aryan headed to the university.

Harbhajan Singh & Geeta Basra have become a proud parent of...