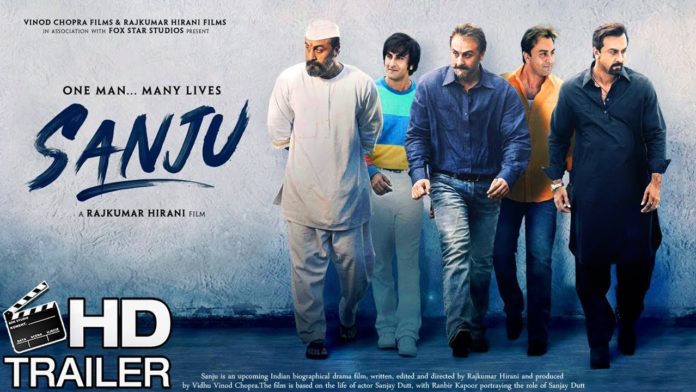 By greeting all of the audiences, Ranbir Kapoor aka, Sanjay Dutt applauds and feels proud that his story will be shared with worldwide. But there’s a catch, the movie promo is quite promising and has revealed all of the shades of Sanjay Dutt’s real life and how his efforts paid off to be the star he is today.

Our life has a glimpse of hitches, so does the actor known as Sanju Baba or Munna Bhai of Bollywood. He has to lead a controversial life, spice, comedy, romance, and twist which is been highlighted in his biopic. All of the real-life uncut, uncensored and a raw version of Dutt is imitated by Ranbir Kapoor on-screen. This trailer has grabbed all of the attention towards the real struggles Dutt went through his life and still shine bright like a diamond.

The star casts of the movie consist of Ranbir Kapoor, Paresh Rawal, Manisha Koirala, Anushka Sharma, Sonam Kapoor, Dia Mirza, Vicky Kaushal, Jim Sarbh and Boman Irani. All these start casts are ready to blow your mind by giving you a package of serious, thriller and bone-chilling experience all in one movie.

Let’s have a look at her childhood memories and we are...