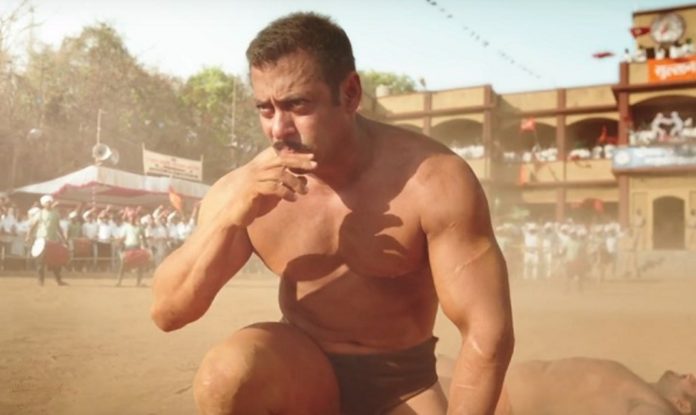 The ‘Sultan’ leak came just a day before the movie hits theatres in over 4500 screens across India.

Confirming the news, cyber-crime expert, Deep Shankar was quoted in reports as saying that the copy of the movie is available on the darknet and will soon be available on torrent. Another crime investigator, Kishlay Chaudhary has reportedly claimed that the 2 hours 36 minute-long movie is available online and has also shared various screenshots of the same with media houses. He also said that many websites have been blocked since Tuesday and links have been removed immediately after upload.

However, Yash Raj Films has denied any information about the leak. Some cyber experts also allege that there are no active links to the movie and that the trailer was morphed and circulated on social media platforms.

This is the second film which has been leaked this week, the first one being Indra Kumar’s ‘Great Grand Masti’ starring Vivek Oberoi, Aftab Shivdasani, Riteish Deshmukh and Urvashi Rautela. The movie’s Censor Board copy was leaked online three days ago. The film’s management team is reportedly working hard to remove the links, and even tweets and facebook links sharing the same are being taken down. The movie was leaked 17 days before its release and is reported to have faced monetary losses as a result.

No formal complaints have been filed by the makers of either movie yet.