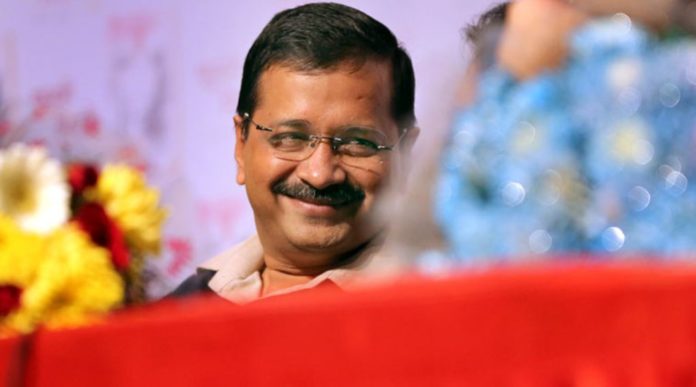 In the run up to the Assembly elections in Delhi, the Aam Aadmi Party had become like a magnet attracting people from all walks of life. Media persons, professionals from private companies and, of course, the common man joined the party in hordes. Preceding this, the Anna Hazare-led anti-corruption movement had laid a perfect ground for Arvind Kejriwal to launch a political party. His astounding success in two subsequent elections in Delhi was seen as a vindication for AAP which promised a corruption-free government. However, the past two years have not been that rosy for the AAP government. Apart from continued tussle with the Central government, internal differences forced many party leaders to quit the party. Allegation of corruption followed soon.

But the tide seems to have reversed now. Leaders from other political outfits are looking AAP as an option again. The most notable among those who may join the AAP is Navjot Singh Sidhu. The former India cricketer who ‘idolises Prime Minister Narendra Modi’ quit the Rajya Sabha this week. Interestingly, he was nominated to the Upper House from Punjab only this April. Sidhu fell out of favour with the top BJP leadership after he was denied the Amritsar Lok Sabha ticket.

Ignoring him, the party fielded Arun Jaitley who lost to Congress stalwart Captain Amrinder Singh. Eyeing the Punjab elections scheduled to be held next year, Sidhu was sent to the RS. But this rapprochement seems to have fallen flat. He quit the party and is now planning to join the AAP.

More jitters for the BJP are yet to come as there are reports that his wife and legislator Najvot Singh Kaur may also follow suit. Sidhu’s decision seems to have come as a shocker to the BJP which was preparing the ground for state polls. And if he joins the AAP, Kejriwal stands to gain a leader who is popular in the state and has a track record of winning elections.

Even as the BJP is grappling with Sidhu’s googly, the wife of another party leader and former cricketer Kirti Azad, Poonam Azad, is well on course to join the AAP. Speculation was rife yesterday when Azad retweeted reports which said his wife will join the AAP. Poonam is spokesperson for the BJP in Delhi.

More good news came for Kejriwal from Gujarat. Earlier this month, BJP leader Yatin Oza ditched his party to join the AAP. Oza made a startling revelation that BJP chief Amit Shah had a tacit understanding with AIMIM leader Asadudding Owaisi during the Bihar elections. Owaisi, though, denied the charge.

The AAP had fought the Lok Sabha election from Gujarat but lost badly getting less than two percent of total vote share. But Kejriwal has sniffed a chance in the state with Assembly elections due next year.