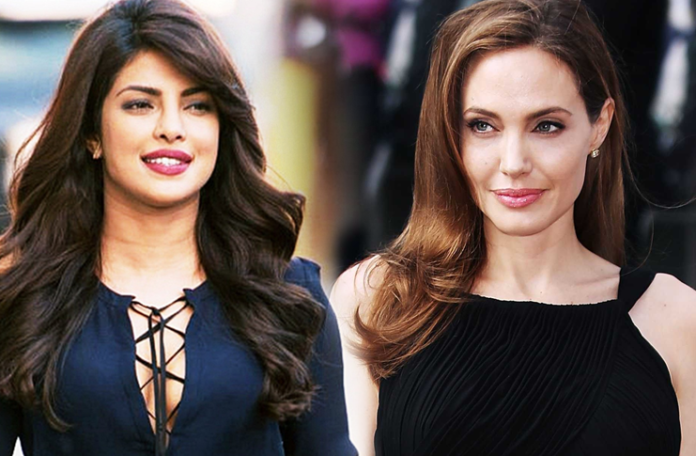 And here are the people that Priyanka has trumped to reach the second position — Angelina Jolie, Emma Watson, Emma Stone, Michelle Obama and Gigi Hadid among others. The 34-year-old actor took to Twitter and expressed her gratitude, “Thank u @BUZZNET and all who voted. @Beyonce is my number 1 too!!”

From being called Hollywood’s most bankable badass by a leading magazine to being among the top paid television actor, Priyanka has set the bar high, which others will find hard to break. People who have analysed her career graph, praise the actor for making smart career moves and moving to the west, right when she sensed that post-30 Bollywood might not have great work for her to offer.

Trade analyst Atul Mohan says, “She has smartly chalked out her career because once you’re over 30, you know your chances are bleak in Bollywood and you are very selectively chosen for a particular role or a film. So when Priyanka crossed the 30s, she started venturing out in Hollywood, did shows, cut albums and tried different things in the West and gradually she became stable. I’d say it was a very progressive and well-planned career strategy” as reported by HT.

Priyanka rose to fame with her single – In My City and Exotic – post which she joined American series Quantico, as the lead actor. She won hearts of people with the portrayal of Alex Parrish. In two years of her television career, she has been recognized as Best Actor twice by the People’s Choice Awards. Now, the actor is prepping up for the release of her Hollywood debut with Dwayne Johnson’s Baywatch, in which she plays the villain’s role. The world is patiently waiting for the film’s release which is scheduled to land on May 26.

Vivek Dahiya and Divyanka Tripathi look too stunning in these pre-wedding...