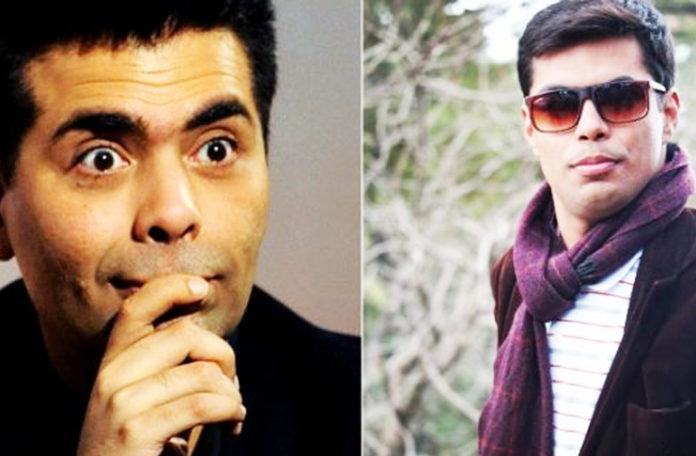 Karan Johar shared his photo himself and commented speechless, seeing his unusual resemblance, Twitter users demand him to launch his look-alike.

We are told many times that we are unique and there is no one who is like us so we should not compare us with anyone. However, on the opposite side, we are told that there are seven people in this world who are partially like us.

The famous Indian movie director as well as producer also came across his look-alike on the famous site Twitter. Remember how Virat Kohli found his two look-alikes, Priyanka Chopra found three people who resemble her and now Karan Johar who found his look-alike that also across the border.

This Tweet soon went viral and Karan Johar also claimed that Usman Khan (his Doppelganger) looked like him but this tweet left him speechless. Usman Khan shared his photo with a screenshot of messages that he looks like “Kuch Kuch Hota Hai” director. For more updates and entertaining news stay tuned with our website Mast Khabar.