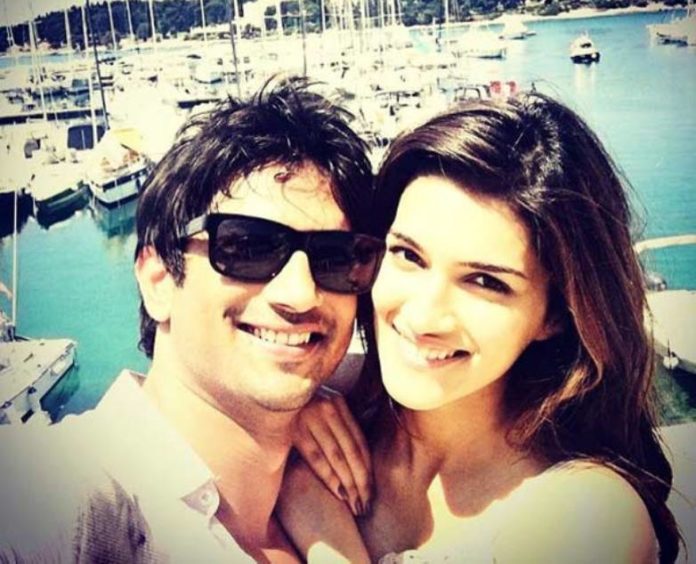 Bollywood Life was the first one to exclusively report to you how Sushant Singh Rajput and Kriti Sanon are behaving like lovers on the sets of Raabta. Our source close to the film revealed that Kriti has also been going around telling everyone how she is in her happiest phase right now. In fact, even their Instagram pictures come as an evident proof. But if you thought this ‘link-up’ was just another rumour then well, you’re mistaken. Turns out Kriti and Sushant are actually quite serious about each other. Yes!

An insider exclusively informs us that Sushant and Kriti who started off as friends are now officially together. Word is that they even eat from each other’s plates. Can you believe it? That’s not all! If the latest buzz is anything to go by, then the couple will soon also be making an official announcement. Ahem! No wonder Sushant decided to mark his return on Instagram by posting an aww-worthy picture with Kriti recently. For all the ignorant, he had quit Twitter and Insta to avoid questions surrounding his breakup with long time girlfriend Ankita Lokhande. But now that he is officially back, what do you think? Will he make announce his relationship status with Kriti?

Alia Bhatt Opens Up About Her ‘Break-Up’ With Sidharth Malhotra!