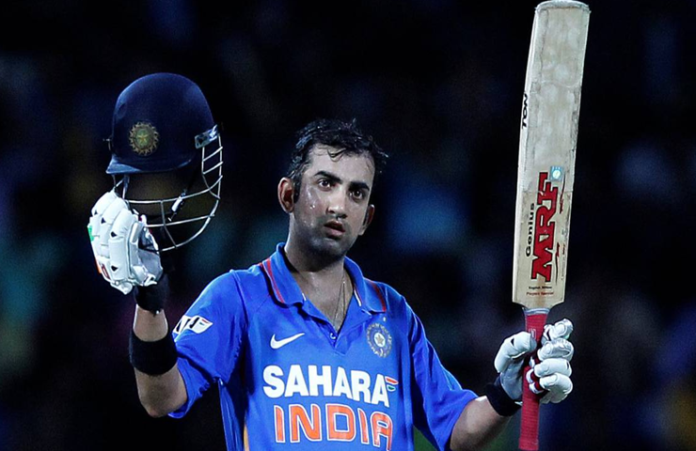 The 37-year-old Delhi Former opening batsman Gautam Gambhir on Tuesday announced his retirement from all the forms of cricket. The Batsman announced his decision in a video post on his Twitter.

Here is Gautam Gambhir’s full text for retirement announcement: Hi friends, I am very thankful to spare time with all of you. Well, I am here to share a thought which I have been seriously thinking from long time. After spending more than 15 years of cricket for my country I want to retire from playing this wonderful game. In spite of all the aches, pains, fear and failures I would like to repeat this in my next life. But obviously I would like to win for India, a few more hundreds and in the next life few more 4 / 6 scores. This may sound a little greedy but then I saw my wishes coming true. Being on the top is a part of the number one Test match team in the world. A trophy that I look on was very lovely. I got as I was awarded ICC Test batsman of the year in 2009.

In this journey I have support of some significant partnerships. They are none more, the supporters of Indian cricket and the most important partners. I have been always disapproved by the “fans” or “crowd”. It’s quite humble, I thought at the end of the day it is only you guys who make cricket or cricketers what they actually are. I would thank all the supporters and partners without whom the cricket team is incomplete. My cricket coach Mr. Sanjay Bhardwaj stood with me during all my good and bad times. I can assure you sir that I gave it all that I had.” Sanjay sir introduced me to the other coaching authority of my life, the late Mr Parthasarthy Sharma. He was an organization in the art of batting. A lot of capability to play spin bowling that everyone saw in me, the whole credit goes to him.

My dad who took more burden than me whenever I played. He never shared with me but his co-workers would tell me he’d never watch TV when I use to play my game. My Mom who shaped me as a cricketer and she is my real pillar of support. What she did for me can never be measured. A special mention to Natasha, my wife who had shared all the highs and lows with me, thanks for being my strength. As a batsman I have always valued time and I know the time is just right. Good bye.

For more updates stay connected with our website Mast Khabar.