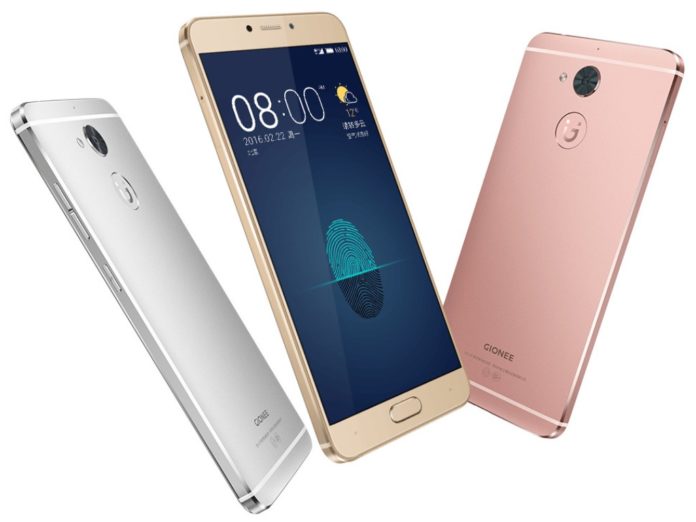 Gionee S6s, the latest selfie smartphone to hit the market, has been launched in India at a price of Rs 17,999. The smartphone will be Amazon exclusive for online sales from today and will be made available in offline stores as well. The USP for the Gionee S6s is its 8MP front camera with front flash for better low-light performance. Gionee is also promising a wider lens to allow better group selfies. Gionee S6s has a full metal body with 2.5D water-drop design and Corning Gorilla Glass 3 for protection.

Gionee India CEO and MD Arvind Vohra says there’s huge demand for the smartphone, adding that 80,000 units have already been shipped to channel partners for sale. “About 50 per cent of production of Gionee S6s will take place in India and the rest, we will import from China.”

Gionee S6s features a 5.5-inch full HD display, MediaTek MT6753 octa-core processor clocked at 1.3Ghz, 3GB RAM+32GB storage, as well as 13MP camera on the back. These specifications are the same as the Gionee S6. However the front camera in the S6s is an 8MP one with a flash as well. The battery on the Gionee S6 is 3,150 mAh. Gionee S6s supports 4G and VoLTE and runs Android Marshmallow 6.0 with company’s Amigo 3.2 OS.

Vohra confirmed that M6 and M6 Plus will be available in India post Diwali. “I can tell you that in the last 12 months, we’ve launched 12 devices. For every device launch you can’t go on media or advertise extensively.” Gionee India has signed up actress Alia Bhatt as its brand ambassador.