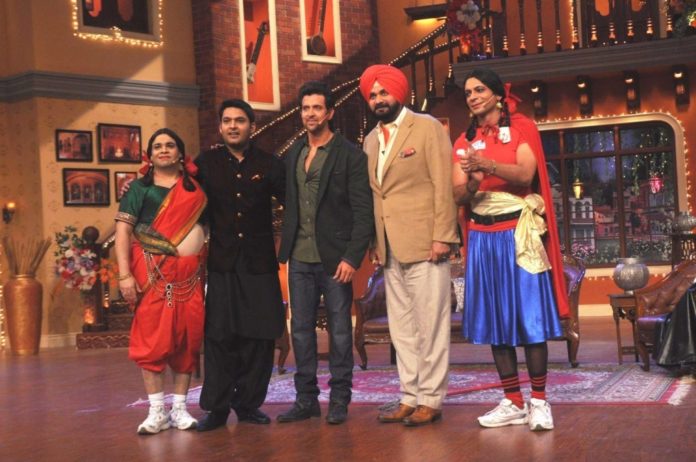 Bollywood superstar Hrithik Roshan had earlier refused to promote his upcoming film Mohenjo Daro on Colors’ Jhalak Dikhla Jaa 9 because he was also being asked to appear on the channel’s roast comedy show ‘Comedy Nights Bachao’.

Film stars are taking a different route now for promoting their films on TV, and there is one person who has benefitted from it. Well, there are many out there who know about the ongoing war between Krushna Abhishek’s ‘Comedy Nights Bachao’ and Kapil Sharma’s ‘The kapil Sharma Show’.
The film actors too have taken sides this time, but not for any stand up comedian or a particular show and it is the roast format that most don’t enjoy.

Kapil’s show is a family entertainer wherein they perform skits on stage and interact with the audience. Contrary to his show’s format, Comedy Nights Bachao has Krushna and Bharti Singh grilling all guests with their roasts.

It was at the promotion of Housefull 3, when Akshay Kumar snapped at one of the show’s comedians for passing racist comments at Lisa Haydon. Since then, most Bollywood actors and filmmakers are refraining to promote their films on Comedy Nights Bachao.