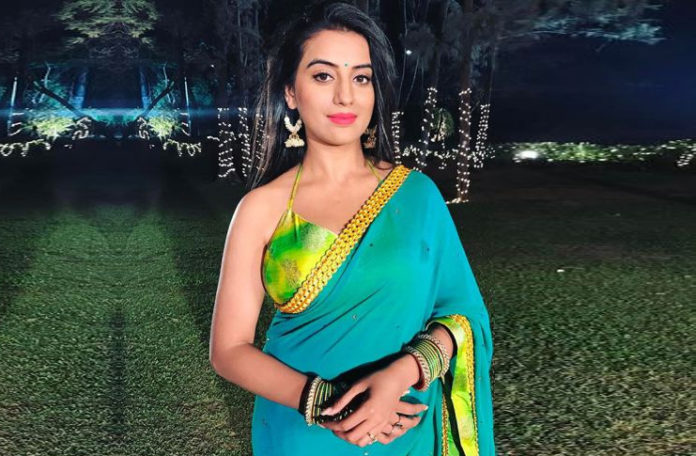 One of the top Bollywood actresses in Bhojpuri films has many big films lined-up for this year. Akshara, who is a big name in the Bhojpuri Film industry, is also a good singer and dancer. She often shares her videos, song clips on Instagram and demonstrated her excellence in front of her fans. Akshara Singh with her amazing expressions posted her video on the Internet which went viral soon. Akshara danced on an old Bollywood Hindi song, which is really liked and loved by her followers.

Akshara sing rocked the social media by dancing on the song “Chadti Jawani Teri chaal mastani” from Old Bollywood movie Caravan. Jeetendra and Aruna Irani also danced on the same song but Akshara Singh’s dance is getting viral. He dance and expressions attracted people and most of them became her fans.

This video got thousands of likes and views, fans have praised a lot for her amazing expressions. He fans gave huge comments on this viral video and she became more popular. One of her fan comment “Hum Bhi aapke fan hue meri favorite” and the other commented “Gorgeous”. So, it could be estimated from these comments that her fans liked her expressions the most. You must also watch this viral video

To know about Akshara Singh and latest news stay connected with Mast Khabar.