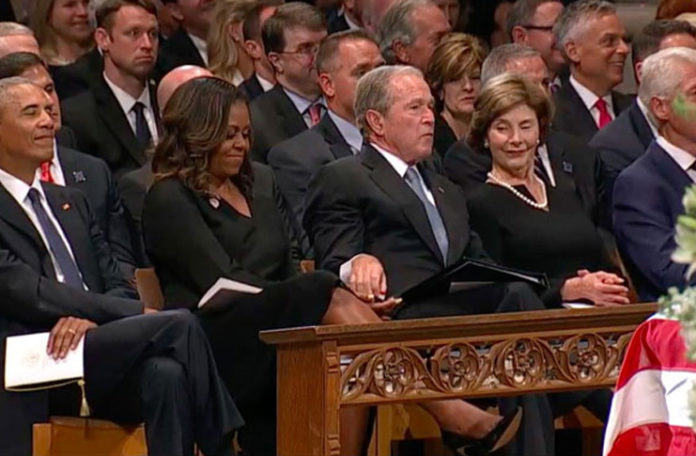 Former US president George Bush was caught passing on a candy to former First Lady Michelle Obama on camera during the memorial service of Senator John McCain. As former US Politician Joe Lieberman’s was delivering his tribute at the Washington National Cathedral on Saturday, the cameras caught an exhilarating moment between the two. George Bush, who was seated in the front seat with Barack Obama’s wife and former First Lady Laura Bush, sneaked a piece of candy from her and handed it over to Michelle Obama who was sitting next to him. This situation created an emotional scene for Twitter users. The memorial was quite a unique affair and brought together politicians on both sides of the avenue. For more information watch this viral video which has left many people emotional.

I’d like to think that moments like this between W. Bush and Michelle Obama are what McCain was hoping for. pic.twitter.com/vYE3A46Ity

For latest updates and news stay tuned with Mast Khabar.

15 Amazing Facts About The Indian Army That Will Make You...