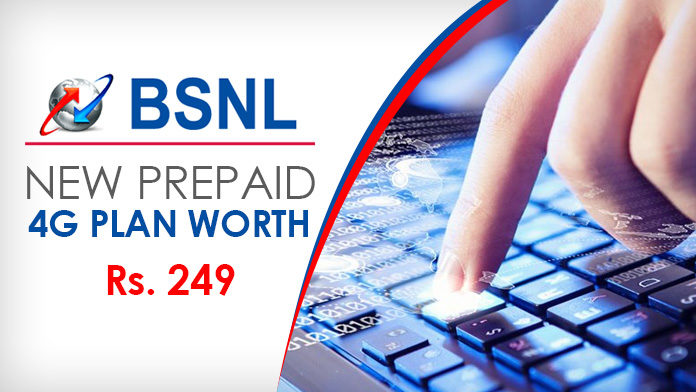 BSNL (Bharat Sanchar Nigam Limited) is ready with its two plans to beat the JIO. The state owned Telecom Company has launched two new recharges coupons of 249 and 429 for prepaid users.

The Company called it as Promotional STV. The 249 recharge will provide you unlimited local calls and 1GB per day data for 28 days which means 28 GB data will be for 28 days.BSNL has also launched another promotional offer for 429 for its prepaid users that will give 1GB data for 90 days and that also with unlimited calls.

Voice calling benefits in both plans is restricted to BSNL to BSNL. The 249 plan will give you data for 28 days and 429 will provide it for 90 days.Both the plans have been launched officially on BSNL website and will be available only till 25th October, 2017.

The promotional STV of 249 plan is against JIO 149 plan. BSNL takes direct shot at JIO 149 plan which also offers 28 days validity. While BSNL 429 is hit against 399 plan that provide free data and calling for 84 days.

There is a major difference in both companies plan and is that JIO provides unlimited calls to all other network whereas BSNL is restricted to its own network. If we talk about the BSNL validity of 429 plans and JIO 399 plans that is beneficial but we should also remember that BSNL is capped at 3G whereas JIO is 4G with high speed.

BSNL has also launched some other STVs to cut down the call rate. Now it will be interesting to see that whether BSNL will succeed in attracting new customers or not.