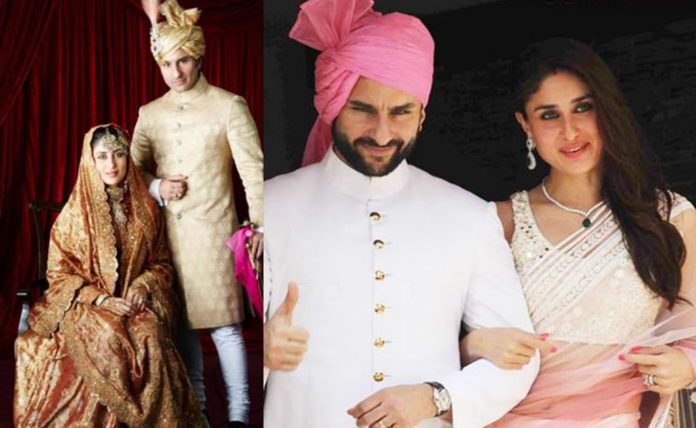 Actor Saif Ali Khan issued a statement on Saturday confirming that he and his wife actress Kareena Kapoor are expecting their first child.

“My wife and I would like to announce that we are expecting our first child in December. We would like to thank our well wishers for their blessings and support and also the press for their discretion and patience,” read a statement on Saif’s behalf. Last month, Emirates 24|7 had reported that Kareena was pregnant. When Kareena was asked whether the reports were true, she said: “God willing hopefully. I am a woman. But right now there is nothing to say about it. The fact that you all are talking about it is making me super excited.”

With that good news, there were concerns about her next movie ‘Veere Di Wedding’ which also stars Sonam Kapoor, Swara Bhaskar and Shikha Talsania and to be produced by Rhea and Ekta Kapoor. But producer Rhea Kapoor has rubbished rumours about the delay in the shooting due to Kareena’s pregnancy.

She says that the actress will join the shooting in August and said that the ‘Udta Punjab’ actress is a ‘thorough professional,’ who will start shooting for the film in August.

“Ekta Kapoor and I, with our families and companies, are delighted and excited for Kareena and Saif! As producers of Veere Di Wedding, we are thrilled to be part of their special journey!” Rhea said in a statement.

“Bebo (Kareena) is a thorough professional and will start the shoot of the film in August. Much like the spirit of our film, which celebrates the modern girl, Kareena is going on with her work and life as usual and we couldn’t be prouder to have her,” she added.

Rare pictures of Pancham Da-Tribute on his Birthday

Sachin Tendulkar launches trailer of his biopic – Sachin: A Billion...