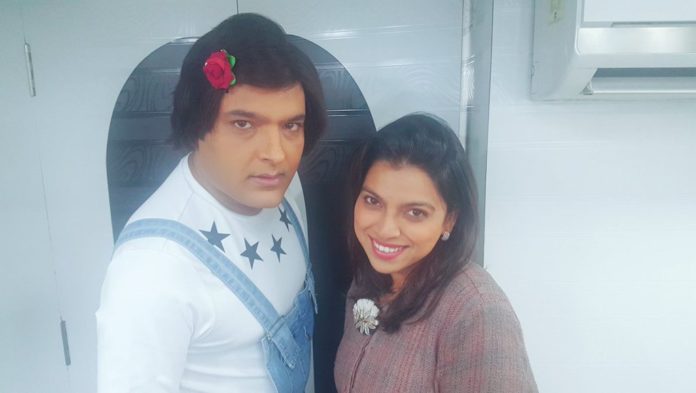 Ace comedian, Kapil Sharma made a comeback to TV with The Kapil Sharma Show. He leaves no stone unturned when it comes to entertaining viewers. The stand-up comedian, who is already winning hearts with his stand-up comedy and his character Gappu will now be seen enacting another hilarious role.

Kapil, who was recently seen flaunting a crazy curly-hair and retro-glasses for his role of Gappu will now play triple role. Chappu is the latest addition to The Kapil Sharma Show. Those who fell in love with Gappu will surely find Chappu really cute and adorable.

Neeti Simoes tweeted a picture of Chappu. Take a look.