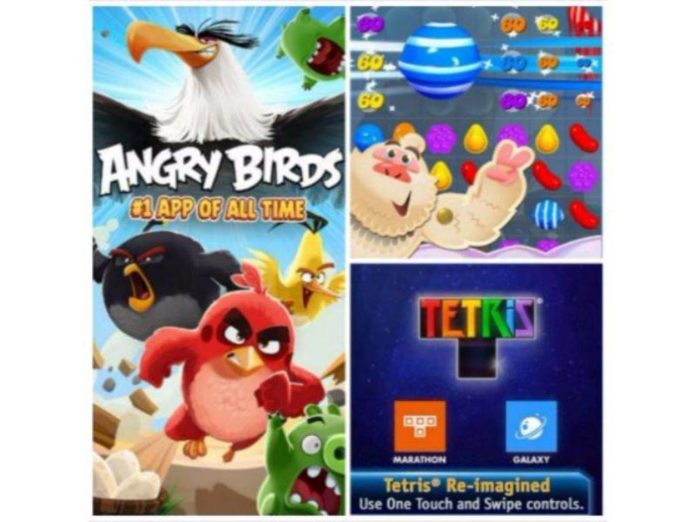 In July, smartphone game Pokemon GO took the gaming world by storm, in the process dramatically impacting Nintendo’s market valuation — first pushing it up by $12 billion and then leading to its historic crash when investors discovered it only partly owned it.

In the recent past, such master strokes have become the norm in the digital game app world, thanks to low development costs and the power of social media. Yet, trying to build a company around a fad is always difficult, more so today when fads fade fast.

Here are a few games that proved transformatory for their creators — at least till the time their popularity sustained. Building on Pokemon’s fan following, the game is based on augmented reality. It uses a smartphone’s sensor to blend the real world with the virtual, allowing players to hunt for little critters in their surroundings.

Now available in 30 countries, its success is unprecedented. Within two weeks of its US debut, it crossed 30 million downloads, grossed $35 million in revenue and doubled co-owner Nintendo’s market capitalization to $42 billion and now hovers around $25 billion. Released by Finnish firm Rovio Entertainment in 2009, it’s a game in which a bird is flung using a slingshot.

With over two billion downloads, Rovio has done a good job of building spinoffs around the game franchise, including short animated video series, a movie and games for video consoles, toys, soft drinks and even candy. Developed by Zynga in 2009, this farming simulation social network game lets players cultivate, plough, plant and harvest their crops, besides taking care of farm animals. As a game, it wasn’t much fun; in fact, it was boring but also addictive.

It reached 10 million daily active users within six weeks of its launch and remained the most popular game on Facebook for two years before dipping in the popularity charts. Launched in 2011 by King Digital Entertainment, this highly addictive online game is all about getting rows of red jelly beans or orange lozenges to disappear.

In the second half of 2013, players spent over $1.04 billion for those inapp purchases. King Digital, with over 474 million monthly active users, was acquired by Activision Blizzard in 2015 for $5.9 billion. Developed by mobile game developer Supercell, this is a freemium multiplayer combat strategy game in which players train troops, build strongholds, form communities or clans and attack others to earn points.

Released on iOS in 2012 and Android in 2013, it was the most popular game for a brief period. Last month, Chinese internet giant Tencent bought a majority stake in Supercell for $8.6 billion. Developed by a Russian game designer and released in 1984, the tile-matching puzzle game ushered in the era of video games in many ways.

It was the first entertainment software to be exported from the USSR to the US. It became a hit on Game Boy after 1989 and still remains one of the most downloaded and popular games of all times.

It is available for nearly every video game console, computer operating system and mobile device. It is arguably the most popular PC game in history, created by a Swedish programmer and released by Mojang.

It has sold over 106 million copies as of June 2016. In the game, the player enters a world of 3D cubes, using a pickaxe and other tools to manipulate the blocks. The video game, part of the Mario franchise, was first released by Nintendo in 1985. The game follows Mario’s adventures in the fictional Mushroom Kingdom, usually with his brother Luigi, where Mario is rescuing the kidnapped princess.

In the game, the player runs and jumps across platforms and atop enemies in themed levels. As of September 2015, over 310 million copies of games in the Super Mario series had been sold, making it perhaps the best selling video game series in history.

One of the best-selling arcade games, this was released in 1981. It was an attempt by Nintendo to break into the North American market.

In the game, hero Mario (this is where Super Mario first made an appearance) has to save Pauline, a damsel in distress, from a giant ape called Donkey Kong. Mario and Donkey Kong became the most recognisable characters from the Nintendo stable.

Created by Japanese video game designer Toru Iwatani, the arcade game was released in 1980. The game, about a yellow character munching tiny white dots and a quartet of roaming ghosts, was a massive hit.

It has had successful spinoffs like Pac-Man-animated TV series and merchandise. The Pac-Man character has appeared in over 30 officially licensed game spinoffs. First released by Eidos Interactive in 1996 for PCs, PlayStation and Sega Saturn consoles, the game has a fictional character called Lara Croft, who ventures into tombs and ruins, looking for lost artefacts. Game sequels, short animated series, feature films and merchandise have been released under the banner.

Croft has been featured on over 1,100 magazine covers.

Released by Blizzard Entertainment in 2004, it is a massively multiplayer online role-playing game (MMORPG). It is a subscription-based game but the first 20 levels are free.

Players control an avatar within a game world in first- or third-person view, exploring the landscape, fighting monsters, completing quests. It had a peak 12 million subscription in 2010. Over 100 million accounts were created over the game’s lifetime.

The game is in the Guinness World Records for being the most popular MMORPG by subscribers. Released in 2012 by Google and Niantic Labs, it is a multiplayer augmented-reality game that came much before Pokemon GO.

Players download the app and use their phone to log into a Google Mapsbased interface. The game’s two factions – the Enlightened and The Resistance – fight to take control of portals or well-known landmarks around the world.

The game makes money through sponsorships of in-game equipment or advertising where companies could pay for their locations to be used as portals.

The sci-fi horror-themed video game, released in 1993, was developed by id Software. A reboot of the Doom series was released in May this year.

It is a first-person shooter game where the player assumes the role of an unnamed space marine popularly called Doomguy who fights his way through hordes of invading demons from hell.

The game was first released for PC-DOS and has since been ported to other platforms. The action-adventure video game series was created by David Jones and Mike Daily and published by Rockstar Games.

The player takes the role of a criminal in a big city. It is set in fictional American cities, where the player is given missions by kingpins.

Artists like singer Phil Collins and actor Ray Liotta have given voice to characters. As of September 2015, more than 235 million units of the game have been shipped.